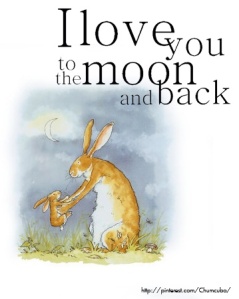 For the second time ever, my oldest daughter’s birthday and Mother’s Day fall on the same day, making it an extra special Sunday indeed.  I carefully selected the gifts and cards for her, and I was prepared to celebrate these two special occasions with her and the rest of our family.  What I wasn’t prepared for were the Mother’s Day gifts from my daughters and ex-husband.

I have received many lovely Mother’s Day gifts over the years, but none were as special as this year’s offerings.  My daughters and ex-husband presented me with a set of DVDs that chronicled our daughters’ early years, roughly newborn-kindergarten, and this evening, we sat down with my parents to watch some of the past come back to life in the present.  Seeing and hearing the girls as toddlers and watching their antics play out on the screen brought back so many happy memories and made all of us laugh until we cried, and long after the viewing ended, it left the Birthday Girl and me in bittersweet tears.

While my daughters were upstairs showering and getting ready for bed, I sat alone in the same family room where I had just watched them sing and dance together as little girls on one of the DVDs, and I felt a wave of sadness that I had been desperately trying to hold back wash over me.  Hot tears streamed down my face, and my heart began to ache for those two little girls I had just seen.  I wanted to scoop them up and feel their arms around my neck, hear their high-pitched voices, and watch them delight in the innocent pastimes of a small child just one more time.  I never realized how much I missed those childhood moments until I saw them on the television screen tonight, and my reaction caught me completely by surprise.  I love my daughters for the young ladies who they are at this moment, but I suddenly missed those two little toddlers in a way that defied logic.  I wasn’t alone, either.

When I heard the Birthday Girl come down the stairs, I quickly composed myself, but as soon as I dried my tears, her tears began to fall.  Just as she had done last week when she previewed the DVDs with her father and sister, she sobbed and lamented that she missed being “a little kid”.  I held her as she cried, and I began to quietly weep along with her.  Finally, she began to articulate what she missed, and I listened as she spoke of missing “getting excited about all of the little things, like getting a new toy”, “coming out of school and running to you in carpool”, “not having a care in the world”, “not being stressed about school and about growing up”, and “always being happy”.  At the age of 13, my daughter is mourning her youth, which broke my heart in new ways.

I held her, as we both cried, and slowly, a poignant conversation began to emerge, which was a gift for both of us.  Through tears, I validated her feelings and let her know that it is okay to grieve the parts of her childhood that are lost to aging and maturity, and I told her that I, too, missed some of those times with her and her sister.  I explained that while nothing will ever be the same, it doesn’t mean that it cannot be as good or even better, albeit in a different way, for with every age, there are advantages and disadvantages.  I also let her know that at every age it is important to find things that bring her joy, so, as not to relive days gone by and to be fooled into thinking that happiness exists only in memories.  She seemed to understand what I was saying, and we continued to talk, listen, and shed tears.

This trip down memory lane deeply affected both of us in different ways, and it left us making a promise to one another to remember what is truly important in life and to slow down and not get stressed out about things that really do not matter in the long run.  We also pledged that we would find ways to have fun and spend more meaningful time with one another, not just on the weekends or on special occasions, but every day, just like we did when the girls were both younger and more dependent on their father and me.  We cannot go back, but we can go forward.

So, on her first night as a teenager, I snuggled with my daughter in her bed until she fell sound asleep.  Right before she drifted off, she gave me one last kiss and said, “Thanks for making me feel better.  Sometimes, I just need my mama.”   I kissed her forehead and responded with a phrase I have said countless times to her over the years, “I love you all the way to the moon and back, and that’s a lot.”  Sometimes, a mama just needs her little girls.