Home › That's Another Story › The Writing’s on the Wall

The Writing’s on the Wall 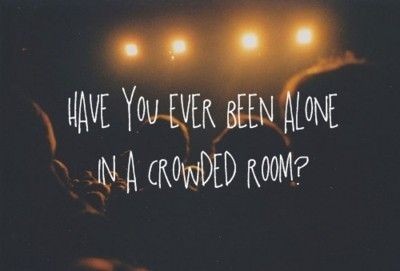 One of the perks of working downtown is that I am surrounded by a veritable feast for the senses. My sense of sight is the greatest benefactor of this ever changing buffet of people, places, and things. One wall of my office is composed of windows that provides me with a spectacular view of the comings and goings in the city. From my office perch, I love to take in the hustle and bustle of the cars, pedestrians, and, of late, scooters on the streets below. There is a patchwork of old and new office buildings, businesses, and housing complexes that dot the urban landscape, with the Ohio River coexisting peacefully, at least most of the time, next to them.

In addition to savoring the views from the privacy of my office, I also enjoy taking a walk at lunchtime, to get up close and personal for a bit, with the images that I spy from the twentieth floor. On one such walk, I followed the familiar path that took me down a short flight of stairs next to the river. As I descended the stairs, though, I saw an unfamiliar sight.

It was impossible to miss, so, it immediately caught my eye. I feel so alone. That powerful spray painted message stopped me in my tracks. As I stared at it, I noticed that in the lower right-hand corner, in small letters, someone added the word, same. That addition, although not as pronounced, was every bit as impactful. Somewhere in this city full of people, two people felt alone enough to share their graffiti version of a plea for help.

As I continued on my walk, my mind kept wandering back to that concrete wall. I wondered who the authors were. Were they gentlemen from the homeless shelter? Were they teenagers? Were they the people I passed on the street or could see from my window?

Then, thoughts of their identities gave way to thoughts of how they felt. I did not know who they were, but I did know how they felt. In the not so distant past, if I had shared their artistic skills and inclination to deface public property, I could have written that same message myself. When my world imploded, and depression and anxiety became my constant companions, I felt inordinately alone, whether I was by myself or in a crowd of people. I hid in plain sight, caught in an emotional tug-of-war of wanting someone to recognize my loneliness and wanting to simply disappear.

I wondered if that is how the two people who put their loneliness on public display felt. It made me wish that I could reassure them that with some help and support that their loneliness would loosen its grip on them, and I wanted to seek them out to help them find that sense of belonging that we crave as human beings. It also made me want to alert their family, friends, and anyone else in their lives that they felt lonely, even if they may not appear that way outwardly, and to ask them to wrap them in acceptance and love. Loneliness is excruciatingly painful, and I wanted to somehow ease their pain. But I couldn’t.

A few days later, I passed the same concrete wall, but this time, a new image greeted me.

As I looked at the fresh coat of paint that covered the words that continued to haunt me, I hoped that, perhaps. the people who wrote this were on their way to finding a fresh start of their own. If only resolving our private, and not so private, battles were as easy as covering up graffiti. The writing’s on the wall, and it’s our choice to whether or not we take notice of it or ignore it.

Tags: alone, alone in a crowd, loneliness, that's another story, The Writing's on the Wall